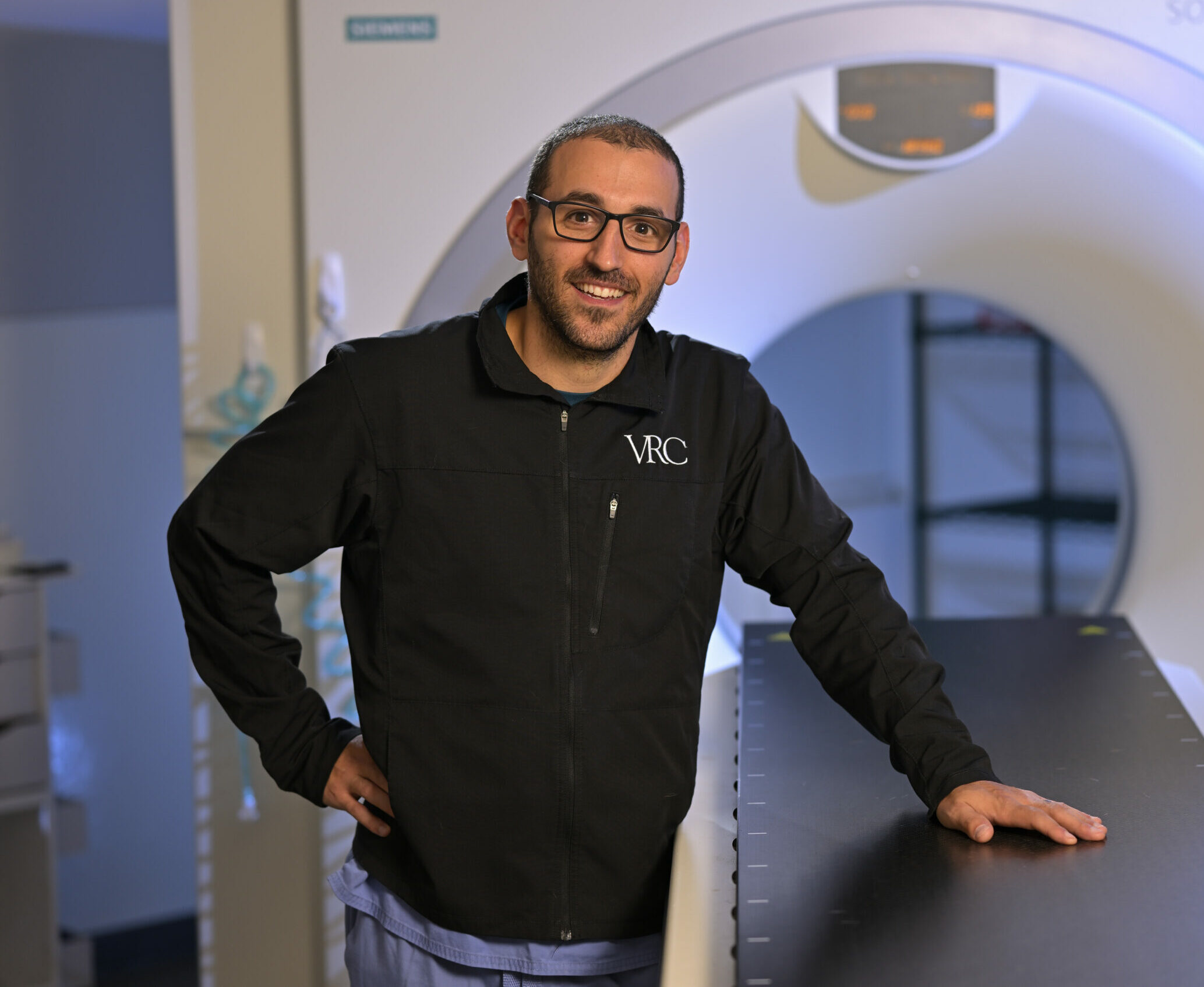 Stephen Mahler joined the United States Air force in 2009 where he was a heavy equipment operator for the 201st Red Horse Squadron. While in the Air Force, he earned an Associates Degree in construction technology. After completing prerequisite coursework at Bucks County Community College, he enrolled in a dual modality advanced placement degree program at Thomas Jefferson University in Philadelphia. In 2014, he completed the dual modality program, earning a Bachelor of Science in Radiologic Sciences with concentrations in Radiography and Radiation Therapy. He sat for and passed the radiography and radiation therapy boards shortly after graduating. Two months after graduating, an opportunity to work with animals in radiation therapy presented itself in which Stephen accepted a per diem position at Mid Atlantic Veterinary Specialists (now VRC). Around the same time, he accepted a full-time position at Jefferson Hospital for Neurosciences where he cross trained into Computed Tomography. He sat for and passed the Computed Tomography boards in 2015, giving him certifications in three modalities. Throughout the years, Stephen has worked at many human hospitals practicing in all three modalities. In 2017, Stephen was offered a full-time position working with animals in CT, MRI, and Radiation Therapy. He also accepted the role of the Radiation safety officer for the hospital. He continues to serve as the Radiation safety officer as well as in the Computed Tomography and Radiation Therapy department.

Outside of work, he enjoys spending time with his wife, two daughters, and son. They love cooking together as a family, watching movies, spending time outdoors, and traveling. 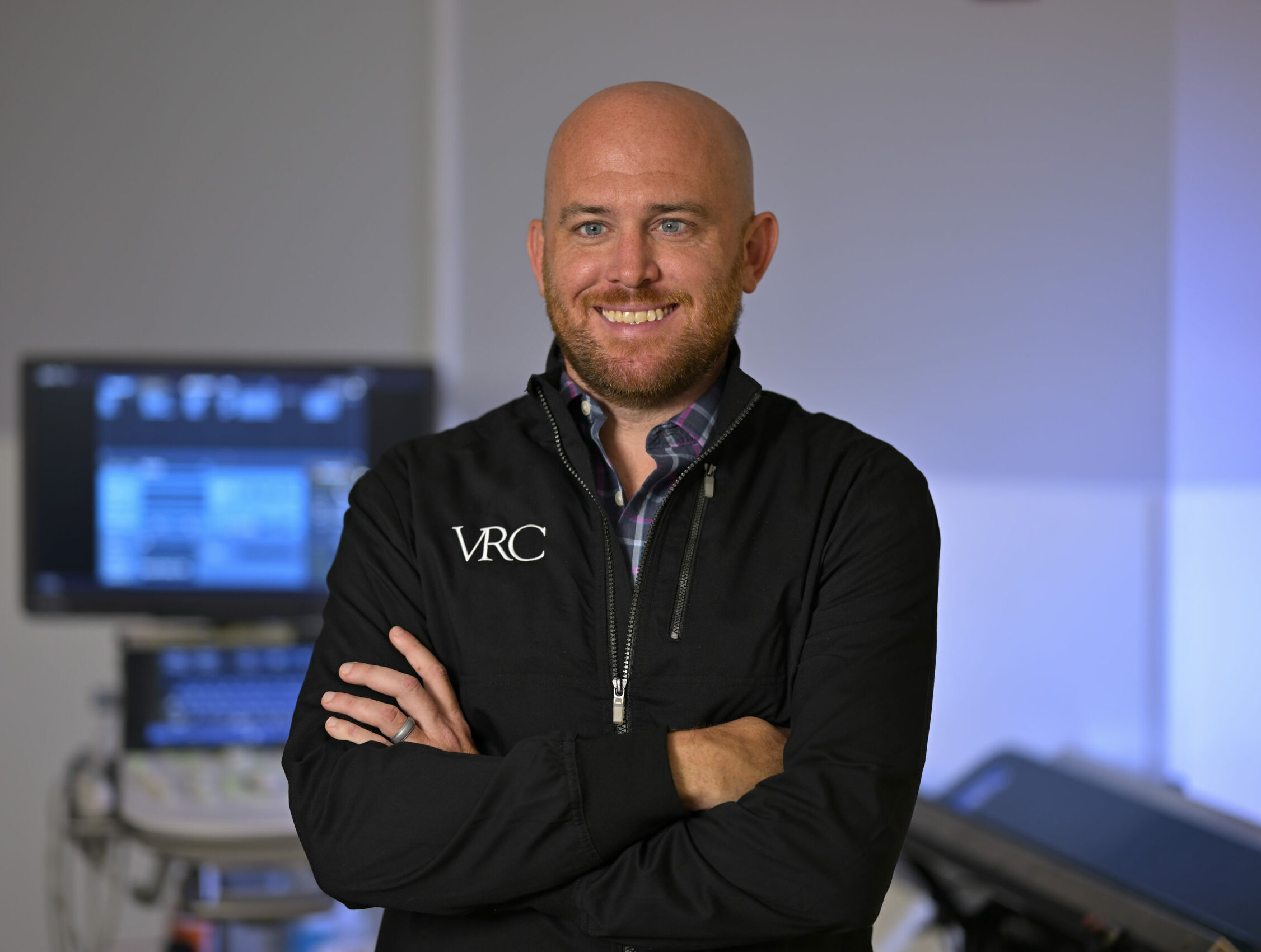 Austin O’Connell was born and raised in River Edge, NJ, a suburb of New York City. He graduated from the University of Rhode Island in 2009 with a Bachelor of Science in Animal and Veterinary Sciences.

From 2002 to 2015; Austin worked in northern New Jersey as a veterinary technician focusing on the specialties of Neurology/Neurosurgery, Diagnostic Imaging, Radiation Therapy, and high-risk anesthesia. In late 2015, Austin transitioned from the clinical floor to Purchasing & Inventory for Compassion First Pet Hospitals. In late 2017, Austin was named Hospital Director of Red Bank Veterinary Hospitals Mount Laurel- a multispecialty and emergency practice in Mount Laurel NJ. Austin joined the VRC team as Hospital Director in June of 2021.

Austin lives in New Jersey with his wife, Jenny, their two children, Henry and Whitney, and their cat Marcel. Outside of work, Austin enjoys playing golf, hiking, spending time with family down the shore, and reading about maritime history. 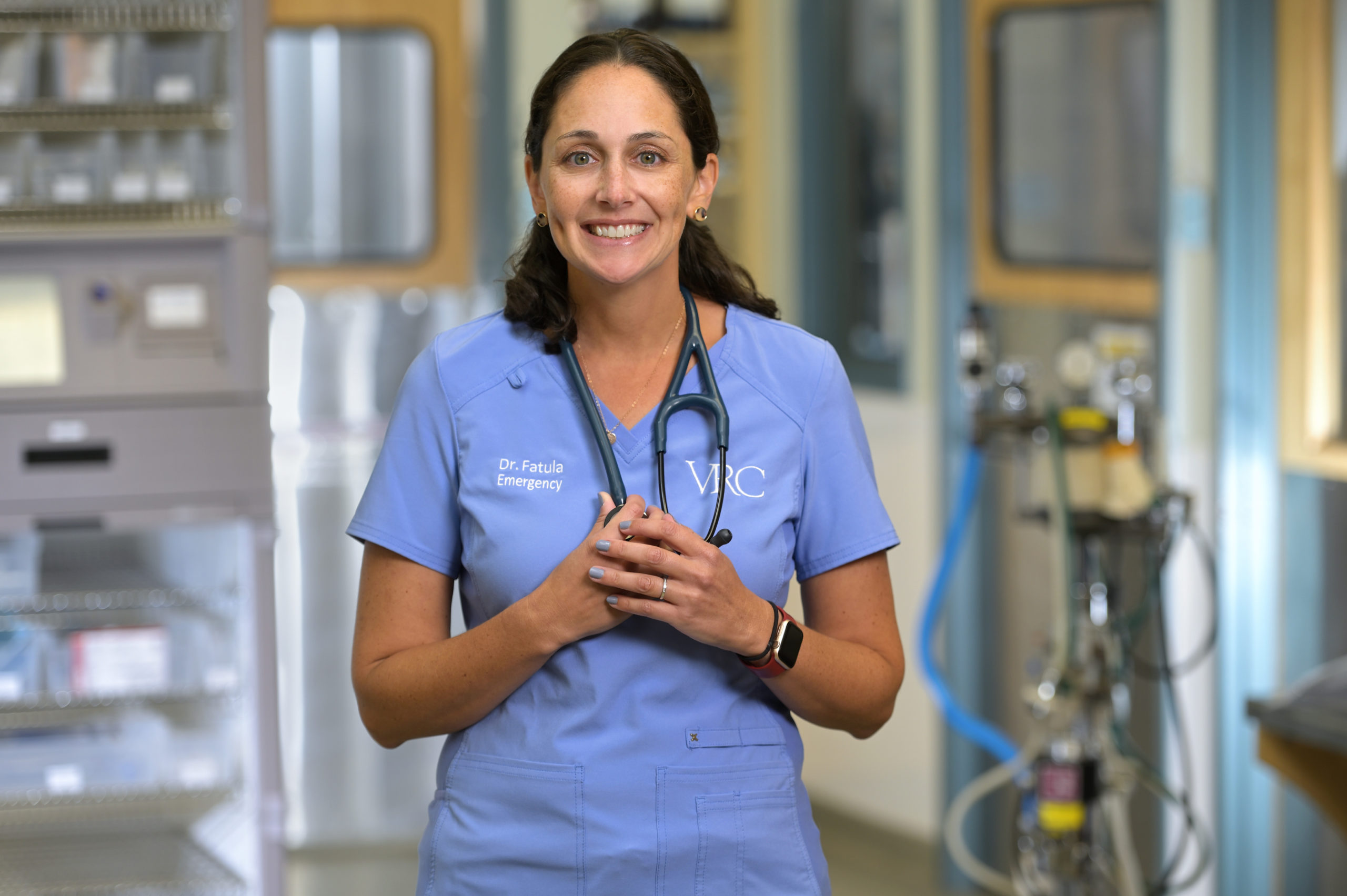 Hannah Leyrer grew up and attended high school in the Malvern area.  As a child she developed a passion for animal care as many in the veterinary field do – riding horses, saving all the stray cats and nurturing the random toads, baby squirrels and birds back to life.  Hannah attended college at Pennsylvania State University earning her BS in Biology.  After graduating, she planned to take a gap year working before pursing further schooling.  But instead she found a passion working as a veterinary nurse.

Hannah has been a part of the VRC team since 2004 serving in a multitude of roles.  She worked many years performing anesthesia and then as a Client Care Coordinator for the orthopedics department.  When the opportunity arose to oversee and help develop the Emergency Department in 2013, she eagerly took the role as ER Nursing Manager. After two years, Hannah was promoted to Nursing Director.  In 2020, she accepted the position as Practice Manager where she works closely with the other managers to ensure the team that takes care of all the patients is well cared for.   The role as Practice Manager has been the most rewarding yet!

Outside of work, Hannah spends most of her time with her husband and two daughters.  She enjoys being active in nature, spending time at the beach, gardening and snuggling her AmStaff, Brody.